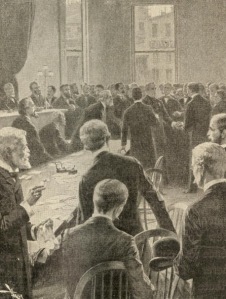 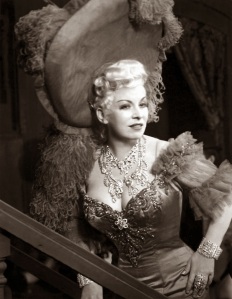 In July 1891 Brooklyn was abuzz with the talk of murder. Darwin Meserole,scion of one of the oldest,richest and most prestigious families was accused of shooting Theodore Larbig, the jealous rival for his affections of a divorced older femme fatale. The case was deliciously salacious. Meserole was the equivilant of today’s trust fund kid. His father was a rich elite Former Civil War Brigadier General Jeremiah Vanderbilt Meserole, who was not only a respected veteran, but also the president of the Williamsburg Savings Bank and a distant relation of Commodore Vanderbilt, the railroad tycoon and one of the twenty or so richest men in America.
If Darwin were to live in Williamsburg today he would be a hipster. His father had a Brooklyn lineage that went back to the seventeenth century and he was one of the richest men in Brooklyn. However, his son differed from his father completely.Darwin was something of a playboy and ladies’ man, although the New York Times described him as “slight and effeminate. “ He was employed as a stock broker, but seemed to spend little time trading preferring the “gay life” of a rich young bachelor.

Meserole’s victim was a large athletic man with a very powerful build. He was a married traveling salesman who paid for Dovie Comstock’s apartment and apparently received her affections in return.
Comstock was, according to the Times article, “a woman, well known to the police and they kept her constantly moving.” She was described in the article as fair complexioned and good looking. Recently divorced, it seemed she had become Larbig’s mistress, but Comstock wanted more more romance in her life and the rich young charming Meserole must have struck her fancy.

In June of 1891 Darwin was living in the older divorcee’s apartment.She had been married to an older and wealthy Providence Rhode Island man and perhaps it is there that she met Larbig who was a salesman for a wire producing company. Larbig was a brawny handsome man and at forty six he was sixteen years Comstock’s senior. The Times reported that she had recently moved into the flat where the murder occurred being forced out of anther apartment in the area by pressure from outraged neighbors. Larbig went on a long business trip and when he returned he found Meserole in the place he rented for Comstock for three weeks. He upbraided Comstock and he must have watched the premises because when she and Meserole went to Brighton Beach later the same day Larbig followed the couple there. He accosted them in the Music Pavilion and beckoned the lady to leave Meserole and come with him. She refused and Meserole reportedly scowled at her. Later Larbig followed the pair back to the apartment and entered it.

There are different versions of what happened next. According to Meserole and Comstock the Salesman came into the place and began beating and choking her when she called to Meserole for assistance. Meserole claimed that he pulled out a pistol and threatened to shoot the older man if he touched Comstock again. A scuffle broke out which forced Larbig back into the bedroom. Meserole fired twice in self-defense, or so he claimed. Two shots entered Larbig’s heart at almost exactly the same point of entry. Meserole then walked to the police station and turned himself in. The couple showed her bruises and black eye as evidence to corroborate and he showed them his skinned forehead that he claimed resulted from his fight with Larbig. Meserole was arrested and prosecuted for murder. The wealthy former General and Bank President was able to hire one of the city’s best defense attorneys, Mr. William Gaynor.
The national papers pointed out a number of inconsistencies in Meserole’s claims of self-defense. They noted that Larbig had left his coat folded and his hat placed on the piano and these facts seemed to contradict the claim that Larbig burst into the apartment. They claimed that Larbig knocked on the front door and was admitted by Meserole. The prosecution also noted that Mrs. Comstock’s screams came from the hall, not from the room where he was shot. The prosecution produced witnesses who said that they heard Comstock shout “Don’t kill him before the murder.” They also related that it was the District Attorney’s contention that Larbig had been retreating prior to the fatal shots and produced a witness who heard a male voice scream,”Don’t shoot.”
The forensic evidence also contradicted Meserole’s claims of self-defense. The District Attorney produced a forensics expert who showed that there were no powder stains on Larbig’s clothing, which should have appeared had Meserole been grappling with the larger man. Meserole’s lawyer Mr. Gaynor pointed out that the quantity of powder that comes out of a pistol is not always consistent and moved to have this evidence stricken from the record.
The trial caused a sensation. The Herald Tribune reported on Mrs. Comstock’s “Jaunty dress and her lurid history.” The papers explained that Comstock came from a prominent Washington family, but that her bad reputation was known in Washington for many years. The papers reported that Darwin was constantly accompanied by his father the General and that the father seemed to grow older as the controversy continued. They reported on the vast wealth of the Meserole family and contrasted the heroic general with the effete son. They revealed all the lurid details of Comstock’s scandalous life in providence and how her behavior so outraged her husband that he filed for divorce. She became the star witness of the trial and the papers eagerly reported her cross-examination by the prosecutor. The Prosecutor did little to show his contempt for Comstock and repeatedly tried to fluster, embarrass and confuse the divorcee, but she never broke down and answered his most damaging question with sang froid. Her name and the scandal was on the lips of newspaper readers all across the country and dozens of newspapers sent reporters to file stories on the case.
Meserole’s lawyers must have presented a strong enough defense. Darwin Meserole was acquitted after a six hour jury deliberation in December of 1891. People were outraged at the verdict. Brooklyn was outraged and many said that Meserole was acquitted because of his wealth and superior legal team.
Meserole later claimed to have abandoned the scandalous lifestyle he was leading and embraced religion. Later articles reported that he devoted himself to saving the fallen of both sexes. However, when he applied for membership of the famous Plymouth church in Brooklyn Heights again he caused great controversy that exploded in the media. His father was able to line up some of the most prestigious members of the church as his sponsors, but other members of the church were so disgusted by the details of his life that came out in the trial that he was turned down for membership. The majority of his opponents the Times reported were the ladies of the church.
The event did seem to have changed Meserole and he had a total change of heart. Meserole became a prominent socialist seeing inherited wealth as an evil. During the Great Depression he became an advocate for the unemployed. He lived a long life dying at the age of eighty four in 1952.