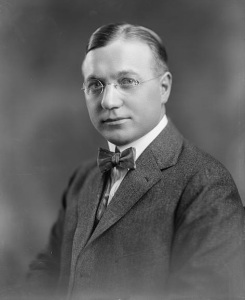 Robert MacCrate,in his nineties, is one of the most succesful people ever to come out of Greenpoint. He is a partner in the prestigious New York law firm Sullivan and Cromwell, but he realizes that his success stems from his amazing Greenpoint father John MacCrate. He said:

“My father’s story was truly remarkable. “He grew up in Greenpoint and attended public school. In eighth grade his family wanted him to drop out and work in a factory but his teacher came to the house and convinced his parents that he should go on to high school.”

In those days it was unusual for working class kids to go to high school, but MacCrate’s parents assented and he indeed graduated from high school where he was brilliant. He then went on to Harvard Law School on scholarship. Times were tough and this immigrant’s son had to leave Harvard after five weeks to return to Greenpoint to help support his family. Not one to give up on his dreams, he attended New York University Law School at night, while working days as a stenographer for a prestigious law firm.He finally opened a firm of his own in a Greenpoint storefront, sharing the space with a horse livery. MacCarate went on to win election to the US Congress in 1918 for one term, then he was appointed to the New York State Supreme Court in Brooklyn where he remained until his retirement in 1958.
I have been baffled by the MacCrate story for some time now. How was it possible that a Protestant Republican of Scottish birth could have political success in a war which was heavily Irish Catholic and had ten thousand more registered Democrats than Republicans?

Part of the explanation for his success comes from his upbringing. Robert said of his father, John and mother,” My parents believed in respect for others and the importance of the community to each of us.” John MacCrate was heavily involved in the Methodist Church and in the Greenpoint Community. Many people knew and liked him. He was a local in a community with great local pride.

It also helped that he grew up on the same street as his lifelong friend, Greenpoint political legend Pete McGuinness. They both went to P.S. thirty one, where MaCrate was a year ahead of Pete. McGuinness referred to his friend as ” John Darling, me old Pal.” They later formed an unlikely bi-partisan coalition to reform Greenpoint. MacCrate was known as “Scotty’ and years later he swore in his friend McGuiness as Registrar of Kings county.

In a December 28, 1939 Brooklyn Daily Eagle article there was a report about the two old friends.
Both were tough gusy who could use their fists. MacCrate played football for Commercial High Scool( Possibly Boys High School later) and Pete said in the article that his friend was ” Handy with his dukes.”

At school MacCrate proved himself to be a champion debater. As a young man he would often debate Pete who was a longshoreman at the Orr lumber yard on controversial topics at the Knickebocker Luncheonette on Manhattan Avenue. Pete was a huge man with a booming stenotorian voice and a Democratic union member, while MacCrate was a Republican. Both were aspiring politicians. The debates were great theater and the locals would have snap votes at the end of the debate to determine the winner. According to the recollection of one Greenpointer, the onlookers would vote against Pete, even though they agreed with him, because they enjoyed seeing his irate reactions. Pete would tell them in his own inimitable way what he thought of a group of Democrats who agreed with a Republican.

However they did agree on one thing that unified them despite their differences. Greenpoint was suffering from machine politics and patronage. They both became enemies of the local Democratic Machine politician John McQuade whom many charged was enriching himself while doing little for Greenpoint.

MacCrate had previously run an unsuccessful campaign for local state senator to replace the deceased Patrick McCarren. It is not surprising that the Republican MacCrate lost in such a heavily Democratic district.

However, by the time of America’s entry into the first World War conditions were changing in Greenpoint that would allow the unthinkable to happen. A Republican could win in the heavily Democrtic District. It would not have happened were it not for McGuinness who was a vocal opponent of the corrupt Democratic machine.
In 1918 MacCrate ran for Congress with seeminly dim prospects. However, there was huge anger at the Candidates the party put forward for the Democratic nominee. One was the sitting Congressmen J.V Flynn who missed huge numbers of important Congressional votes and Francis Bent who not only was not from the District, but had also missed a slew of key votes when he was sitting on the Board of Aldermen( The forerunner of the City Council._
Pete, a charismatic figure, created a patriotic organization that got him a lot of attention. There were many patriotic meetings and Pete used the meetings to hammer away at the terrible candidates nominated by the party and to suggest that the area would be better served with a Republican. Pete was planning his own challenge to the party establishment because he hoped to run for Aldermen. The incensed local party kicked him out of its clubs and war was declared. Pete got his revenge on the party by helping his childhood friend Scotty.
MacCrate skillfully played on local anger at being snubbed MacCrate said in a statement,” I am reliably advised that no single member of the (Democratic) Executive Committee from the District wished the man selected( to be nominated) he also said about the candidate,” He was selected in a high place enforced across men who have been lifelong residents of this section.”

He also played on the “Red Scare” that was sweeping America after the Soviet revolution in Russia.MacCrate exploited fears of socialism saying, “I fear that you ( Democrats) have played directly into the hands of the socialists in selecting your candidates for Congress.” In other words he was saying that people were so disgusted with the Democratic candidates that they would vote socialist in protest, thus his candidacy seemed to offer the voters a patriotic alternative.

Pete had a son George who weighed three hundred pounds and was probably as physically intimidating as his father, the ex-boxer. MacCrate recalled with glee how Pete’s son tackled and sat on a local boy who was destroying MacCrate’s campaign leaflets.

MacCrate was elected by more than four thousand votes, despite ten thousand more Democrats being registered in the District than Republicans. It was a huge shock. MacCrate understood that his chances of holding his seat were limited in such a strong Democratic area, so he resigned near the end of his term to become a judge and he sat on the New York State Supreme Court for thirty five years. McGuinness probably had “Scotty” in mind when he said that he was not corrupt because if he ever did anything dishonest he might have to go in front of a judge and he might not even know him.”

MacCrate’s son Robert was born in Greenpoint in 1921 and continued his father’s legacy. He went to Harvard Law School and he was special council to Governor Rockefeller. He served on two important investigations. Robert was on a military commission that investigated the infamous My Lai massacre and an important American Bar Association recommendation that Law School focus more on practice and less on theory.
Both father and son have left a proud Greenpoint legal legacy.